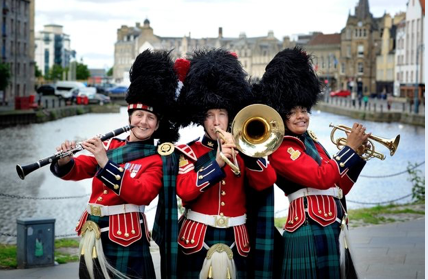 The Band of the Royal Regiment of Scotland perform a programme of classical works, traditional Scottish music and traditional military music, in support of Poppyscotland.

Poppyscotland and The Band of the Royal Regiment of Scotland have partnered again this year for ‘Walking with Heroes 2019’. Join us for a two hour musical adventure, with epic classical pieces, traditional Scottish fayre, marching and traditional military music and some contemporary surprises as well! And of course, the unmistakable skirl of the pipes. We hope you can come along to one of the three concerts.